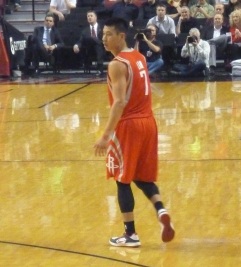 In celebration of the new documentary, Linsanity, which chronicles the life of NBA player, Jeremy Lin, here’s a throwback to a story from last November! This feature was a team-effort by Compassers Liz Rogers, Andrew Yeh and myself (and as a result, a lot of fun!).

Although Jeremy Lin was a stellar player for his high school team in Palo Alto, he struggled to get first pick drafts for college teams, and then again in the NBA. Even when he was with the New York Knicks, he was benched for most games. Until that fateful February week when he brought the Knicks out of their miserable losing streak.

After Lin signed on with the Houston Rockets, our APA Compass team hit the Blazers-Rockets game last November, and chatted up the Asian American fan base. While most were die-hard Blazers fans, they did admit to the excitement of seeing Jeremy Lin play for the Rockets that evening. 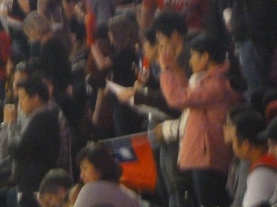 Fellow Compasser Andrew Yeh and I were lucky enough to not only talk to several fans, but we even had a moment with Jeremy Lin himself, after a tough loss in triple overtime. Liz Rogers helped us narrate and produce this story. This piece also features comedy by Hari Kondabolu.