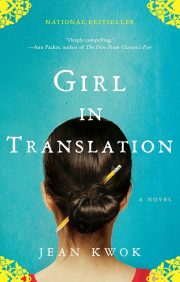 Award-winning writer, Jean Kwok, grew up with a double life as a Chinese immigrant from Hong Kong, navigating Brooklyn schools during the day and working in sweatshops at night. She is an exceptional success who tells the story of her childhood through her first novel, Girl in Translation. This was published in 2010 where it won many accolades and was a New York Times best-seller. Three years ago, she even chatted with us on KBOO’s APA Compass.

Jean Kwok came back to Portland as the featured author for the 2013 PCC Reads initiative, whose work crosses 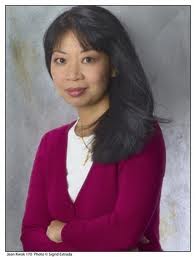 boundaries and resonates with many of the students and staff. I had the privilege of chatting with her at the PCC Cascades campus where we talked about both of her immigration experiences (Jean now lives in Holland), leading a “secret double life” as an immigrant in the 80s, and how we cope with relationships and life choices.

Our interview was featured on KBOO’s literary program, “Between the Covers” and again on APA Compass.