The group of 12 Deaf and Hard of Hearing lawyers sworn in at the Supreme Court of the United States on April 19, 2016 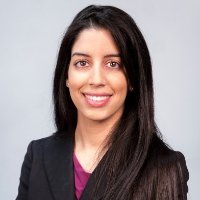 What better way to celebrate than airing an interview with Zainab Alkebsi, Policy Council for the National Association of the Deaf (NAD), and one of the twelve Deaf and Hard of Hearing lawyers who were sworn in at the Supreme Court of the United States on April 19, 2016!

Zainab and I talked last August, by email (she also provided her answers in ASL on video), about her experiences as a law student and fighting for her rights to accommodations. She also talked about being a role model as a Deaf Muslim Arab American woman pursuing her career.

My fellow AIR New Voices Scholar (2016) and radio lady extraordinaire, Geraldine Ah-Sue, was kind enough to provide voiceover for this episode. This interview aired for the July 10, 2017 episode of Intersections Radio on KBOO and again on July 12, 2017 on XRAY. Check out the podcast and stay tuned for the captioned video!

**Read the transcript of our interview: Transcript – Zainabs Answers for Sarika

**Check out the ASL video of Zainab’s interview (stay tuned for captions):